Portability – With its small form factor, battery operation, large built-in LCD screen and intuitive full touchscreen menu system, the TS4 puts the power of a traditional high speed camera in the palm of your hand.

High-Resolution, High-Speed Images – The TS4 records ultra-sharp 1280 x 1024 mono or vivid color images at over 510 frames per second. With recording rates in excess of 60,000 frames per second at reduced resolutions, almost no event is too fast for the TS4.

Flexible Control – The TS4 can be operated as a self-contained, handheld camera, or controlled over Gigabit Ethernet via Fastec FasMotion software on your PC or via the built-in web interface with your favorite web browser on your PC, Mac, tablet, or even your smartphone.

Long Record Mode – with recording speeds of up to 365 frames per second at full resolution and 1541 fps at VGA resolution (SATA III option) to the built-in SSD, the Fastec TS4 lets you see what you have been missing with standard video. Unlike traditional high-speed camera systems, which only record for a few seconds and require careful triggering, the Fastec TS4 can record continuously at high speed for many minutes, or hours at reduced resolutions.

FasFire Mode – Ultra-fast save times to an SSD or SD card while recording high-speed bursts of hundreds or even thousands of images at a time, the TS4 is always ready for the next high-speed snapshot!

FasCorder Mode – Operate the camera as you would a common camcorder! This intuitive Long Record feature allows you to record and pause as needed to follow the action, stop recording and review what you have, and then append additional footage at will, even after a power cycle. Choose between Record on Command (ROC), which records varying length clips, or Burst Record on Command (BROC), which records fixed-length clips. In Playback, all of the recordings are browsable on the timeline. You may play or scrub through them continuously or jump to the beginning of each, making it easy to find the footage you wish to view.

Multiple Storage Options -The TS4 features both a USB port and an SD port for quick and easy image downloads to USB flash drives, SD cards, or portable hard drives. An optional built-in SSD (solid state drive) provides for up to 512GB of lightning-fast non-volatile internal storage. Shoot all day long without having to download to a computer.

High-Performance Image Transfer – With download rates of about 8GB per minute to the optional internal SSD, or just seconds for short clips, you will always be ready to take the next shot with the TS4! The FasMotion application makes workflow a breeze with transfers of uncompressed images via Gigabit Ethernet at rates of 50-80MB/s to moderately equipped PCs. 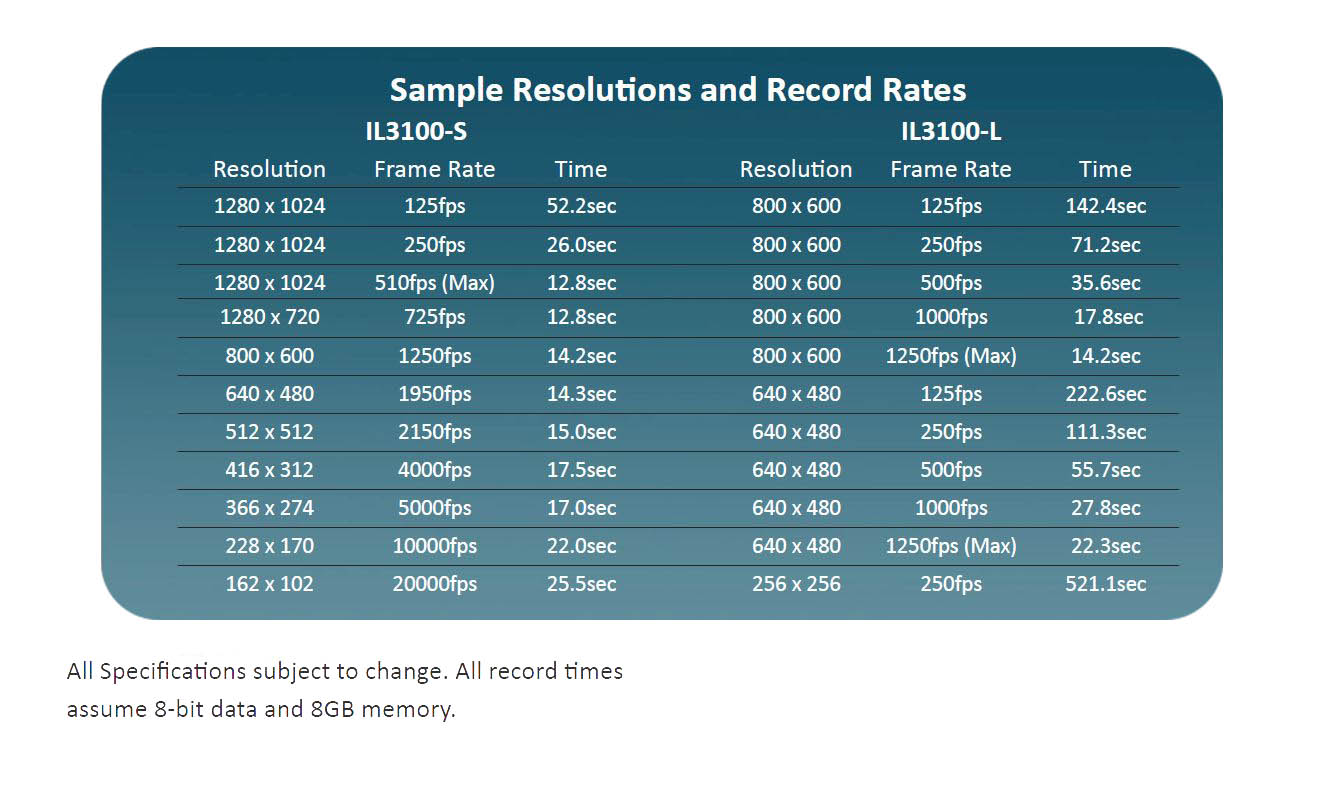